VSM is prequalified as a MoDOT & KDOT DBE contractor and is LPA Certified. 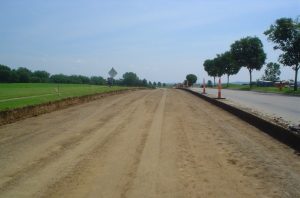 VSM Engineering was the design engineer for the secondary arterial street rehabilitation of Parvin Road from Skiles Avenue to Kentucky Street.  The project included 3,600 LF of four-lane arterial with curb and gutter.  VSM worked with a geotechnology firm to conduct testing of soil and subgrade to determine the reasons for existing roadway failure. Results revealed the existing subgrade and pavement section to be inadequate support for the current and proposed traffic. Several pavement design configurations were investigated to determine the optimum section based upon traffic and percentage of trucks utilizing the roadway. The existing roadway geometry and storm sewer were used. 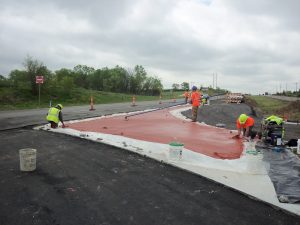 VSM Engineering acted as project manager for signal improvements at the intersection of K-7 Highway and 43rd Street. A left turn signal was added to the existing left turn lanes and new signal timing was completed. Improvements included replacing the existing mast arm for a longer arm of 60 feet. VSM hired a structural engineer to design a new, non-standard pole base for the long mast arm.

The project also included the installation of a permanent concrete median at the intersection of 75th and K-7 Highway and the addition of northbound and southbound left turn arrows at 43rd and K-7. The new construction replaced temporary plastic delineators that were previously used to deter 75th traffic from crossing K-7 Highway. 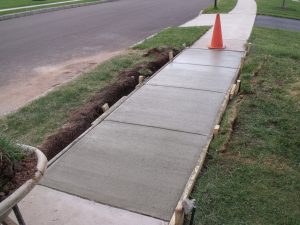 Over two phases VSM worked to replace 1200 LF of urban sidewalk along an old MoDOT highway, install a retaining wall and replace 840 LF of storm sewer ranging from 15-30-in RCP.  Commercial driveways were re-worked to accommodate ADA requirements and a Flood Plain permit was obtained for this FEMA regulated floodway. VSM succeeded in minimizing project cost by keeping the existing MoDOT 15 x 10 cross culvert in place and using the existing 30-in culvert entrance.

The second phase included intersection improvements to enhance a T intersection and increase pedestrian access to park and commercial development.

We offer a variety of civil engineering services for both public and private sector projects.